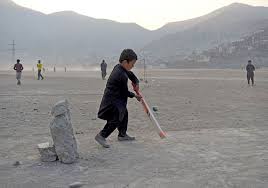 Although the country is getting over gender discrimination as more females are being educated and women are being allowed to enter politics and the workforce, Afghanistan still faces security challenges. The United States, after accusing former Taliban rulers for sheltering Osama Bin Laden and other al-Qaeda leaders for the 9/11 attacks, invaded Afghanistan. In 2001, the invasion toppled Taliban from power but the country went into a civil war and since then, countless numbers of both the military and the civilians have been murdered.

Young Afghans particularly have suffered the effect of the war, growing up with a background of conflict, anger, and war, blaming both the Talibans and the government of the United States.

Mohammad Tahir Basharyar, who recently turned 18, lost his family and friend in the war laments on how the war has affected everyone. However, he admits that compared to the life they had lived under the Taliban, things were more bearable and generally better.

The older group of people appeared to be even more disappointed. They reminisced on the days they were faced with economic hardship and religious coercion. There was hardly enough to eat all day but they were always forced to pray all five times every day. However, they expected the US invasion to lead the society to develop better, but they were disappointed. No vital changes were seen in the living of the citizens. The conditions of living had not significantly improved and the country was still suffering from endemic corruption. There was still no constant power supply and the rate of violence was increasing.

Many students are in fear of not completing their studies. Many Afghan youths cannot make plans for the future because they spend time and energy worrying about conflict and the safety of their families. Many students have lost the ability to concentrate on studies in the classrooms. Although the rights of humans are more recognised and people could fight for them, the deteriorating security in the State is a source of common concern to all the citizens.